Mr. Adam Szubert, the owner of the company, talks about the LS-1 cable:

“Sometimes the clients ask, why the LS-1 is so expensive, and why there is nothing between the LC-1 and LS-1? Well, the LS-1 was from the very beginning designed as dedicated to the top PC-4 conditioner and used in all the branches powering the system. But we were unable to finalize the cable before the introduction of the PC-4. This is the reason, that the LS-1 was not planned as a subsequent cable after the LC-2, but as an uncompromised partner, which would not limit the performance of the PC-4. So it is an expensive cable, because this is the top cable for us. This cable begins a new series of cables, “LS” (Link of Silver), cables made from better, silver plated conductors, as opposed to the cheaper, copper series “LC” (Link of Copper). LS-1 is a project, which uses proprietary components, manufactured according to our specification. And this requires time, first spent on designing it, and then manufacturing it, or its parts, according to our specs. Work on the cable, and first listening sessions, lasted on, but still there were no materials, which could ensure the repeatability of each, hand assembled cable. A thing characteristic to the LS-1 is, that it does not employ any “off the shelf” elements, and the cable is made by hand from the very beginning. And we are not talking about attaching the plugs to the cable by hand, as this is obvious. Handmade means in this case, made from scratch. First you need to make the cable itself, consisting of a weave of separate conductors, conductors forming the shield, Teflon isolation, elements creating the cable geometry, external isolation and elements for the passive filter of the cable, and only then the plugs are attached.

For the LS-1 we needed also to design new plugs, which would fulfill our expectations and quality assumptions of this project. After analyzing the requirements of the project, and technological capabilities, it turned out, that we cannot manufacture the plugs in Poland, as they would not have the required quality. So we started the cooperation with a far east factory, specialized in manufacturing connectors (which makes plugs and connectors for many known audiophile companies). Having researched the technological capability of that factory, having evaluated the samples of materials and ready products, we gave them our technological specification for the GigaWatt plugs. This specification contains among others precise manufacturing tolerance for all components of the plugs, information about materials for the plug casing, resistance of the isolation, resistance to arc-over, material for the connectors, the quality and thickness of the gold plating, material for the nuts and bolts and the report for the cryo and demagnetization processes.

Known companies, like Wattgate, Oyaide, Marinco, Acrolink or Furutech (the latter also uses proprietary plugs) use existing models and modify them to a lesser of greater extent, then they brand it with their logo and protect the changes in their construction with a patent. We have our own plugs, similar to Wattgate or Furutech products. Sometimes those plugs are made in the same factory, but they can have a completely different specification for the materials they are made of, and even – as we have it – construction changes of the casing, which needs to use different molding forms. This means quite high startup costs we had to endure. But those forms are now our propriety.

Very high quality barriers were also placed for the conductors themselves. The technological process, as well as the quality of the material, turned out to be not to overcome for Polish suppliers. The process for the production of the cable was granted to a German company, which now manufactures many conductors for GigaWatt. Those are made from silver plated, oxygen free copper and placed in a Teflon isolation. Similar conductors, but with a higher cross-section, are used for internal cabling in the PF-2 strip and PC-3SE and PC-4 conditioners. The construction of the LS-1 cable required a few of such conductors to be used as one working lead of the cable.”

Conductors used in the power strips and conditioners of GigaWatt are no “ready made” items, but those are manufactured especially for the company, and were designed in Poland. As Mr. Szubert says, in the beginning the tests were made using the same conductors as used in the conditioners. Tests and listening sessions were so promising, that they decided to design a new conductor for the LS-1. The conductors in the LS-1 differ in cross-section, amount of wires in the conductor, isolation from pure Teflon (FEP and not PTFE) and the amount of such conductors in a working wire of the cable. The purity of the copper, or rather the amount of nines after the comma, has no influence, because this is a cheap marketing trick – for the inquiring among the readers, they use 6N purity copper and 12 micron silver. Most cable manufacturers use readily available cables – for example a 10 zl per meter cable, puts on readily available plugs and sells for 5000-7000 zl. GigaWatt makes the cables from scratch, including the plugs. Small companies can do that, and this is our passion, our game, we always calculate in a loss when investing in new products – in larger companies this cannot happen. This is why the LS-1 costs what it costs – besides its sonic value.

A kind of revolution was to use a new kind of lossless passive filter on the cable. In the LS-1 (probably the first cable in the world) a novel, low loss, passive filter from nano-crystal alloys was applied. It is mounted in a special place, found by measurements, directly on the cable, and becomes an additional element of noise absorption (the first element is the geometry of the conductors, which limits the inductance of the cable, while keeping the advantageous, quite large capacitance).

This filter is there to initially reduce a wide band of noise and damp the oscillations on the output of the cable. To dampen the electromagnetic interference, that appears in the power network, different magnetic materials are used in different filters. The effectiveness of such filters is influenced by many parameters like: inductance of the circuit, magnetic permeability and size of the magnetic material. During the times of PAL (predecessor of GigaWatt) we used filters based on ferrite elements, which are an outdated, and unreliable material, with large losses, and did not fare good in all applications (amplifier, CD). In addition the ferrites impacted sound in a negative way.

A modern nano-crystal alloy is completely devoted from those flaws. This alloy is achieved by a controlled thermal process (in a process of rapid cooling of metal and at the same time forming it in a very thin ribbon) of an amorphous alloy from cobalt and iron. The material created in this process has a very fine-grained microstructure – a nano-crystal structure. The grains have a typical size of 10 nanometers, what means, that they have less than a few dozen thousand atoms. For comparison – micrometric grains of ferrite (7-8 micrometers) are made from billions of atoms.

The only flaw of this alloy are the high costs – all others are only assets. The nano-crystal alloys are also used in the filters of the conditioners PC-4 and PC-3 SE. 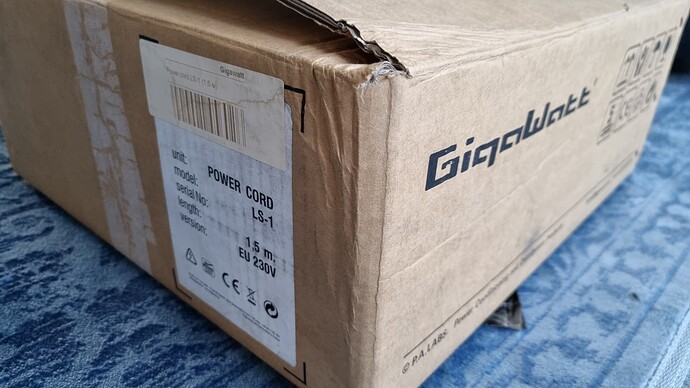 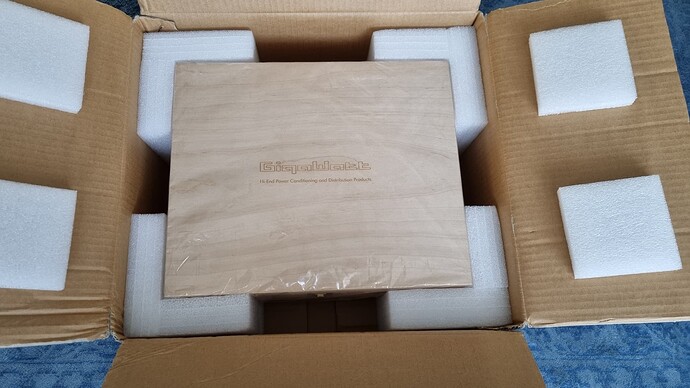 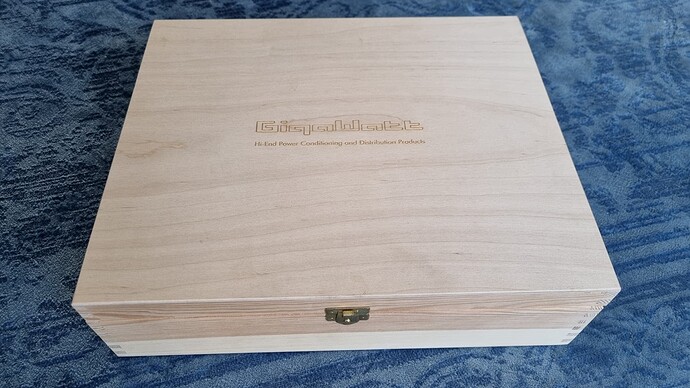 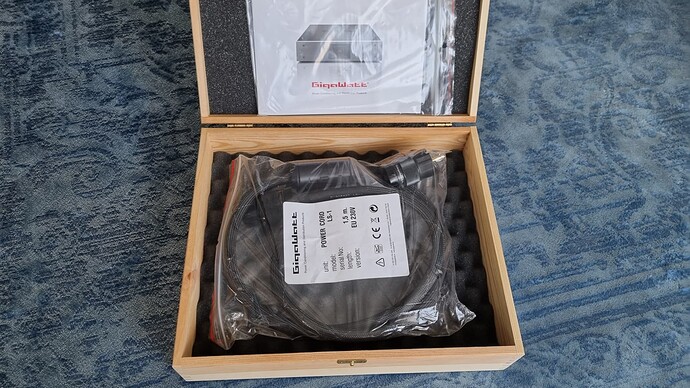 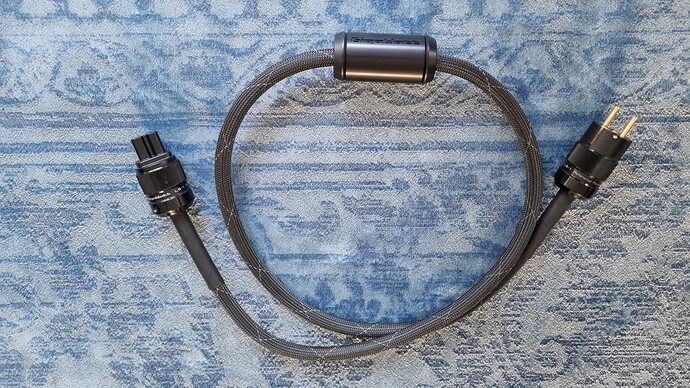 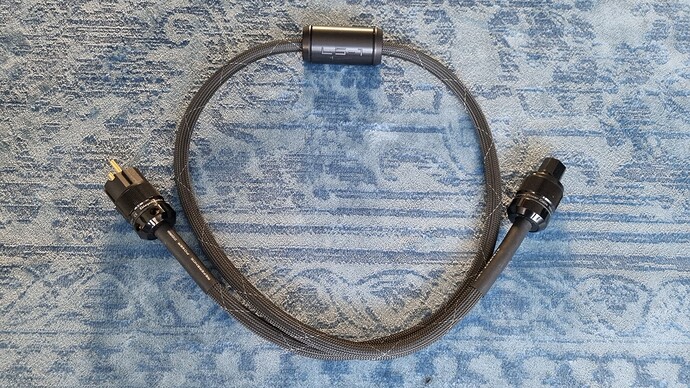 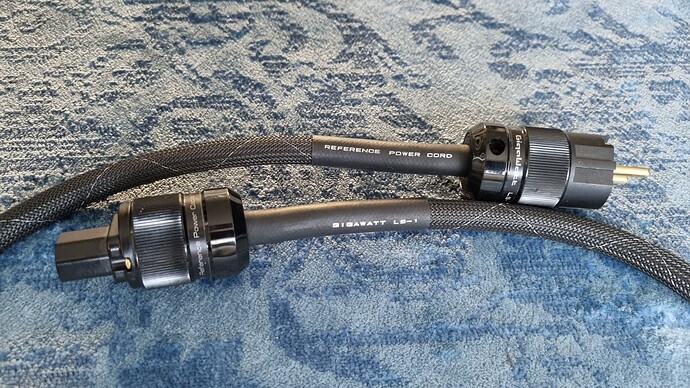 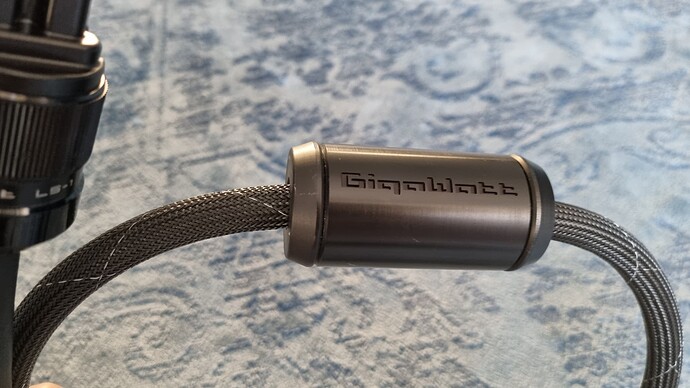 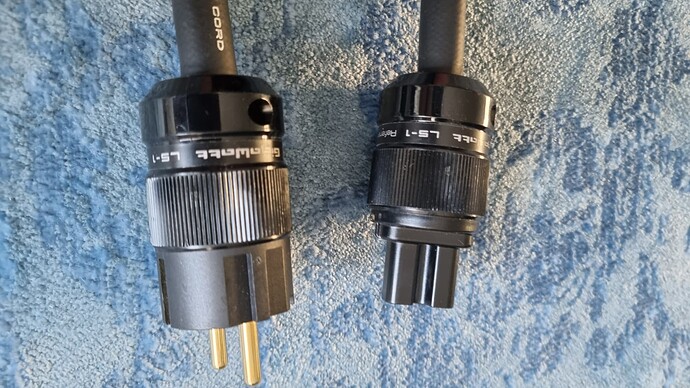